In this article, our Africa team analyses the reasons behind the shift from a “take-or-pay” model for IPPs in Kenya and Ghana to a “take-and-pay” model. We also consider the potential impacts of this policy shift and effect on private sector’s appetite for investment into these markets.

Kenya has announced a shift in its approach to tariffs under longer-term Power Purchase Agreements between Kenya Power and Lighting Company (“KPLC“), the state-owned utility, and independent power producers (“IPPs“). Having previously used a “take-or-pay” model, Kenya plans to adopt a “take-and-pay” model, which will only see KPLC pay IPPs for power evacuated onto the grid.

Under a “take-or-pay” model, power suppliers are required to make power available to the offtaker for evacuation onto the grid, but are paid according to the agreed tariff, irrespective of whether or not the offtaker actually dispatches the particular plant. This provides comfort to developers that they will not finance and construct a plant that is used less than planned by the offtaker during its life. This is particularly relevant where IPPs are locked into long-term PPAs whereby they must make their electricity available to the offtaker before looking for a merchant solution. The “take-or-pay” model seeks to compensate IPPs for this opportunity cost and thus sustain private sector investment appetite.

Currently, generation capacity in Kenya significantly outstrips demand, with capacity estimated at 2,700 MW and peak demand at around 1,400 MW. The problem in Ghana, which also looks set to shift to a “take-and-pay” model for IPPs, is even more acute, with generation capacity estimated at 4,889 MW (although this is contested by some) and peak demand at 2,525 MW. As discussed below, however, the figures for demand belie the fact that electrification and industrialisation rates, and hence demand for electricity, still have substantial scope for growth.

Under the new system, KPLC will only pay investors for the electricity that is evacuated onto the grid. At this point, it is unclear whether this change in policy will only apply to new PPAs or whether existing PPAs will also be renegotiated.

The rationale for moving to a “take-and-pay” system is to reduce the cost to KPLC of the provision of power. Given that end users have been required to subsidise such higher prices through their bills, there has been political pressure to reduce the burden of the “take-or-pay” system on users, which has been portrayed by some as a reward to the private sector for not producing.

While the shift to “take-and-pay” received positive commentary from some in Kenya, this may be short-lived given the potential sting in the tail of this policy, which is discussed below.

The adoption of “take-and-pay” transfers risk to IPPs. Under the “take-or-pay” system, provided that an IPP fulfils the conditions for the generation of power, it is paid irrespective of whether such power is evacuated. “Take-and-pay” sees generators only paid for power evacuated onto the grid, making the project economics more challenging. Obtaining financing for projects on a “take-and-pay” model is likely to become more difficult; project finance lenders finance projects on the basis that, if a power project is available but not dispatched, the IPP receives a capacity payment equal to debt service. Renewables projects present an additional challenge, as they operate on a “must-run” basis, with their economics becoming unviable if they are required to shed power. Given the intermittencies of wind and solar, merchant offtake is unlikely to be a viable backstop if the plant is not dispatched.

Having gone from power shortages five years ago to over-capacity on the generation side, Ghana is also considering a switch from “take-or-pay” to “take-and-pay”.

The Electricity Company of Ghana (“ECG“), the state utility, is paying approximately 2.5 billion cedis (US$ 454 million) per year for power that is not evacuated onto the grid. In July 2019, the Minister of Finance announced that Ghana would shift to a “take-and-pay” model,and in August 2019, a three-month consultation period was begun with the 43 IPPs that previously signed “take-or-pay” PPAs with ECG. This consultation is due to close at the end of November 2019.

The impact of “take-and-pay” in Kenya will be significant for power sector investors. Investors will now shoulder the burden of all investment risk. This is likely to affect decisions to invest, not only in the power sector. Investors will question the value of contracts with state-backed businesses, if sudden, and potentially retrospective, changes in policy can so comprehensively undermine their business models.

Commentary from Bloomberg on the 3-month consultation period between ECG and the IPPs in Ghana suggested that some IPPs may elect to trigger termination clauses in their PPAs if a shift to “take-and-pay” is confirmed, because such a change may materially undermine the economics of their projects.

With the populations of both Ghana and Kenya growing at an annual rate in excess of 2% and both seeing increasing urbanisation (albeit from a lower base in Kenya) and industrialisation, the demand for electrification and reliable power is predicted to grow. While this will help close the gap between generation capacity and demand, the greater challenge will be to ensure that both countries’ electricity grids are updated and technically capable of accepting the higher electrical capacity that an expanding population and business sector will need to drive economic growth.

Private sector investment into the electricity sector in Africa has been a key component of the expansion of electrification and the positive impact this has on economic growth. Reducing the incentive for the private sector to invest by reallocating risk to IPPs may dampen interest from developers, and ultimately make it harder for governments to provide reliable electricity to their people.

Utilities looking to transition to a “take-and-pay” model without hampering private sector investment should also be looking at storage solutions to help balance grids without the financial penalty of having to pay for power not evacuated under “take-or-pay”, in order to give confidence to IPPs that power produced can be monetised.

Gowling WLG is a law firm with more than 1,400 professionals and a range of business support teams working to deliver world-class legal advice across 18 cities in the UK, Canada, Continental Europe, Asia and the Middle East. 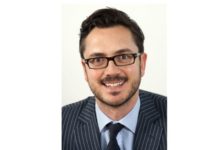 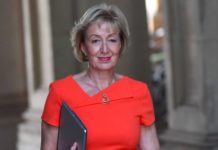 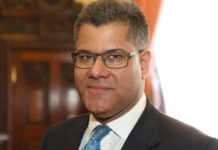 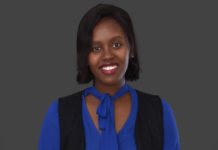 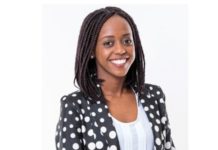 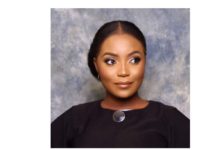 Statement by the IMF Managing Director on the Reform of West... 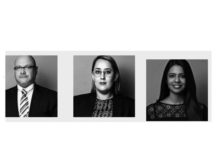 Covid-19: Pressure points: a consideration of factors that may influence merger... 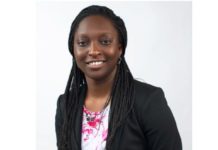 Nigeria: The Legal Framework Applicable To The Facilitation Of Digital Content In...