On Monday, 2 December 2019, the Competition Commission published the final report in relation to its Data Services Market Inquiry. The inquiry was initiated in August 2017 in response to persistent concerns from the public over high data prices. The purpose of the inquiry was to provide a better understanding of the market and value chain features that result in elevated data prices and to make recommendations that would facilitate a reduction in data prices.

The Commission received submissions from major operators and consumer rights organisations.  Following the furnishing of submissions, public hearings and further engagements with operators and other stakeholders were conducted. All of this culminated in the publication of a composite final report containing findings and recommendations emanating from the inquiry.  Based on international benchmarking and profitability analyses, the inquiry confirmed that data prices in South Africa are indeed disproportionately high.  In addition, the final report identifies four broad areas of concern (each of which are elaborated upon in detail below), namely:

The key findings and recommendations are briefly set out below.

Data Prices in South Africa are Too High

According to the Commission’s findings, based on a comparative study conducted relative to other countries, data prices in South Africa are in fact substantially elevated.

In response to findings that local data prices are elevated relative to other African jurisdictions, mobile operators have argued against reliance on international price comparisons on the basis that they do not account for cost and quality differences across countries. However, the findings of the Commission are that despite certain shortcomings, such comparisons retain a measure of probative value. In any event, the inquiry found that the submissions furnished (including the underlying evidence) failed to demonstrate that cost and/or quality variations justified the identified differential pricing.

Ultimately, the inquiry takes the view that the high margins over costs earned by the relevant mobile operators in South Africa give rise to a prima facie case for excessive pricing in contravention of competition legislation.

In addition, the inquiry found that mobile operators gather and analyse personal data usage in order to make personalised offers, which tend to be aimed at maximising revenue per subscriber rather than offering lower prices to more price-sensitive subscribers. Moreover, the inquiry is of the view that that the complexity of pricing structures alone often leads to behavioural biases, which are exploited by operators. For example, complex pricing structures can be used to discourage consumers from engaging in research to determine the best price, both within and across mobile operators.

The inquiry notes that there is insufficient price-based competition in both the retail and wholesale mobile markets. It points out that, as a result of first-mover advantages, certain mobile operators have acquired substantial market power, which is not effectively constrained by challengers. The Commission believes that the existence of market power and ineffective competition is reflected in the prices prevailing in the market.

Based on historical evidence, the inquiry takes the view that mobile operators with significant market power are able to maintain their market shares without responding to aggressive pricing strategies by smaller rivals, which include offering data packages at more competitive rates. With such pricing strategies being relatively ineffectual, it appears that they have been largely abandoned.

Limitations in the Availability of Spectrum and Access to Facilities

Delays in digital migration have resulted in a failure to release high-demand spectrum, with the result that mobile operators are currently facing a spectrum shortage and a lack of access to low-frequency bands. This, according to the inquiry, has been a noteworthy driver of elevated data prices. However, subsequent to the publication of the provisional report of the inquiry, ICASA issued a memorandum outlining assignment criteria for the licensing of high-demand spectrum. The Commission has made submissions to ICASA in this regard and has undertaken to continue engaging with it on the licensing process, emphasising that affordability and access must be prioritised over revenue generation.

The inquiry is also of the view that enhancing access to facilities and sharing passive infrastructure, such as base stations, can significantly reduce the operating costs of mobile operators. Some operators have already engaged in a mutually beneficial sharing of passive infrastructure, and ICASA has put in place regulations governing facilities access. However, the regulations have been criticised on the basis that they fail to adequately address circumstances where incumbents with a large proportion of the facilities strategically exclude others from accessing those facilities. Moreover, on a conceptual level, it has been argued that the sharing of passive infrastructure may undermine the incentive to invest in new facilities.

Despite receiving limited submissions on the topic, the inquiry considered the role of fixed line supply as a possible alternative for access to data services. The inquiry’s interest in fixed line supply stems from its finding that this remains the predominant source of household, business and public data. The inquiry found that fixed line supply and other mobile data alternatives may provide cheaper, or possibly free, data services to consumers in particular geographical areas or at particular times of the day. The inquiry believes that this is not only advantageous in itself, but may also provide a source of competitive pressure, encouraging mobile operators to reduce their prices. The inquiry notes, however, that the benefits of fixed-line supply will only be meaningful if fixed-line services become pervasive, particularly in the poorer communities where they are currently largely absent.

Recommendations of the Inquiry

The inquiry’s recommendations are concerned with both immediate relief in respect of high data prices, as well as medium-term measures geared towards improving mobile data price competition and providing increased infrastructure alternatives.

The inquiry recommends legislative changes which are geared towards enabling cost-based access to facilities. It also recommends that the relevant mobile operators be required to enter into agreements with the Commission to ensure that their national roaming agreements with other networks are appropriately priced and that they introduce accounting separation for their wholesale network infrastructure. In addition, it is recommended that MVNOs (Mobile Virtual Network Operators) be required to reach agreements with the Commission to ensure that their wholesale rates reflect a discount when compared to retail rates.

Finally, the inquiry sets out recommendations focusing on the development of alternative infrastructure to provide data services in low-income areas and smaller cities and towns. To this end, it recommends that the national government provide incentives to FTTH (fibre to the home) providers to roll out services in low-income areas. The inquiry also recommends that all levels of government actively promote the development of free public Wi-Fi in these areas.

Competition legislation provides that the Commission may refer a complaint to the Competition Tribunal on the basis of the findings emanating from the inquiry.  In terms of the recommendations, mobile operators failing to enter into the required agreements with the Commission will face prosecution. This, however, does not mean that the Commission is precluded from initiating new complaints where it believes that market participants have engaged in anticompetitive conduct. Further, the Commission has undertaken to monitor pricing levels and profitability in the data services market on a continuous basis until such point that competition in the market has reached the desired level.

In the implementation of the recommendations, one can expect to see legislative and policy developments in the near future. It remains to be seen as to the final form such developments will take. 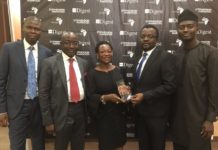