One often hears the phrase, “motion without movement”. The term is typically used to depict a lot of activity without any real effect. As far as the electric power sector in Nigeria is concerned, there have been several stakeholder events, conferences and talk shows/ talk shops on moving the power sector forward. However, it appears that, apart from substantially privatizing the sector, not much progress has been made.

There have been emotions and energies, at times, dissipated on several programs which are either not well implemented or suspended mid-way into being implemented. At some point, there was a lot of talk and motion around the grid, but recently it has been mostly off-grid, solar and mini-grids.

The writer believes that (and research has confirmed this) no country can truly industrialize without sufficient, stable, efficient and high quality grid electric power supply and since energy insufficiency has been linked with poverty, we may be in for a long lasting battle with poverty in the country. Herein, lies the tragedy!

Even if most people try to emigrate, only a handful compared to the total population of poor people, can actually achieve this and where people do, they would still have relations who just can’t afford the cost of emigrating or do not have the wherewithal, to do so.

The Blame Game and Plausible Considerations

So far, almost every stakeholder or participant in the sector, is or has in the past blamed the other for the lack of sufficient progress made in the electric power sector. The Transmission Company of Nigeria (the “TCN”) is being blamed by the electricity distribution companies (the “Discos”) for not being able to deliver the volume of power demanded daily by each Disco at the periods same is required. The Discos contend that the System Operator (a part of the TCN) misconstrues energy readings by miscalculating drops in electricity demand (load) from customers at night as load rejection. The Discos also contend that the TCN seeks to ‘dump’ load by delivering electricity to substations in network areas that Discos know are not commercially attractive, with the customers in such areas not willing to pay their electricity bills or indeed, for the electricity they consume.

On the flip side and not totally inaccurately, the TCN accuses many Discos of rejecting power load. Specifically, customers/ consumers, who severally complain about the lack of efficient power supply are a part of the problem as electricity theft is more prevalent than thought. From the writer’s experience, a lot of people steal electricity via various means.

Another part of the problem is that there is no synchronized power system planning between the Discos, (the Bulk Trader) and TCN such that there is a coordination in expenditure, load delivery and general power supply. Simply put, power system planning is the establishment of goals and objectives, by seeking to predict environmental and other factors within the electricity supply market, and then selecting actions that result in the accomplishment of these goals and objectives.

Good and coordinated power system planning makes it possible to supply electric power from the most economical sources and to operate generating stations elastically, allowing for optimization of the overall reliability of the electricity supply industry in Nigeria. System planning will allow for more load during the day in different areas, divided along the lines of commercial, residential and co-residential and commercial. It will help understand what optimal and cost-efficient investments can be made, despite the insufficiency of funds. Funds that will then be spent will be efficiently expended.

With good power system planning, the very minimal investments that can be done will then be given priority and same aligned to allow consumers feel the impact of the reforms undertaken in the electric power supply industry. Interestingly, very recently, the Nigerian Electricity Regulatory Commission (“NERC”) issued a set of guidelines around Integrated Power System Plans and we hope that same will be well utilized to generally improve the availability of electric power where and when same is needed.

NERC, exercising its power pursuant to Section 74 of the Electric Power Sector Reform Act (“EPSRA”) and the terms and conditions of electricity distribution licenses issued by it to the DisCos, issued a Notice of Intention to Cancel Electricity Distribution Licences, dated 8th of October 2019 to eight (8) Discos, for the breach of their respective distribution licenses and the 2016 – 2018 Minor Review of the Multi Year Tariff Order (“MYTO”) and Minimum Remittance Order for the Year 2019 (hereinafter called the “Order”).

It is pertinent to note that, before exercising its powers under the EPSRA, NERC is obliged to allow the licensee an opportunity to demonstrate, within sixty (60) days of said notice, that conditions have changed such that the proposed cancellation of license is no longer requisite. The EPSRA also empowers NERC to allow the license remain in force, instead of revoking it, subject to imposing further terms and conditions which shall form part of the license.

The Discos acknowledge (albeit do not admit complicity) that they are actually in breach of the MYTO and Order mentioned above but claim that this has been as a result of several reasons outside their control, including the failure of ministries, departments and agencies of the federal government of Nigeria. An easy way to have this reasonably resolved is to have the federal government of Nigeria make deductions from source (to the extent feasible under the Treasury Single Account Policy).

Furthermore, the lack of cost reflective tariffs has also been a good explanation by the Discos. The cost of distributing each unit of electricity, in the perspective of the Discos, is higher than the tariffs they have been forced to receive. Although tariffs have been adjusted upwards recently, the argument of the Discos is that this should have been done a few years back and the current tariff is outdated and would have only worked if same had been the case much earlier. In addition to this argument is the fact that the Discos believe that the remittance level set by NERC is unrealistic and cannot be sustained. They further claim that same is to ensure only the benefits of NERC without really taking into consideration NBET’s costs, those of fuel suppliers and the TCN. Some progress is now being made as regards the ongoing conversations.

The Bright Spot of Off-Grid

Currently, a lot is being done regarding the provision of support to off-grid and mini-grid electric power solutions with policies geared towards encouraging renewables. The challenges with grid extension alongside current government policy which encourages off-grid power supply make off-grid alternatives such as mini-grids homes systems which are yet to fully penetrate the rural market attractive. It is also the case that as a result of poor grid power supply, domestic and commercial consumers spend an estimated 40% of running costs on power supply. Research has shown that up to 64% of people living in rural areas, who spend 70 cents to 1 dollar per kWh on small generating sets for their electricity needs, are better served via off-grid means such as microgrids and solar homes systems at rates up to 60% of the cost of using small generating sets run on fossil fuels.

Many business owners list electricity supply challenges as their most significant impediment to doing business in Nigeria and research has further shown that nearly US$30 billion economic loss is suffered annually from poor power supply in Nigeria. Considering the reduced costs, interest of development finance institutions and several donor agencies, mini-grids appear to provide an alternative to the costly grid expansion projects and a relatively quick fix to the rural electrification challenge.

It must be said that the Rural Electrification Agency (“REA”) is not doing badly in this respect. Such projects can provide more cost-effective options to the grid and small generating sets and provide viable opportunities for investment and the development of the economy.

In addition to the case made above, rural consumers already spend so much on self-generation of electricity and can therefore pay for mini-grid and other cheaper off-grid options, provided that they can be shown that those are cheaper options for them. Based on research by GIZ of Germany, there are already 30 solar mini-grids with a total installed capacity of 1mw serving 6,000 customers. The Nigerian mini-grid market is estimated to have the potential of N2.8trillion (approx. $8 billion) in annual revenues. This is, indeed, a bright spot in the Nigerian Electricity Supply Industry. However, the writer is of the belief that off-grid power cannot replace substantial power supply from the grid, especially where industrialization is being considered.

The Conclusion- Where headed and Way Forward

Despite the challenges in the power sector in Nigeria, the mini-grid space is not doing badly. However, there have been accusations and counteraccusations which have been the lot of the Nigerian Electricity Supply Industry post-privatization. Nonetheless, it is germane to note that every participant in the sector, including consumers, are atfault in having the power sector remain in this state. From consumers who steal electricity, to the regulator not doing enough in ensuring substantial attractiveness of the sector, to the government not keeping some of its promises and the Discos, not showing enough discipline in the use of limited resources, we are all to blame.

To make progress and take us out of the doldrums, there is an urgent need for serious alignment, alliance and co-operation throughout the value chain with a view to ensuring that every constraint adversely affecting the adequate and efficient demand and supply of electricity becomes a thing of the past. 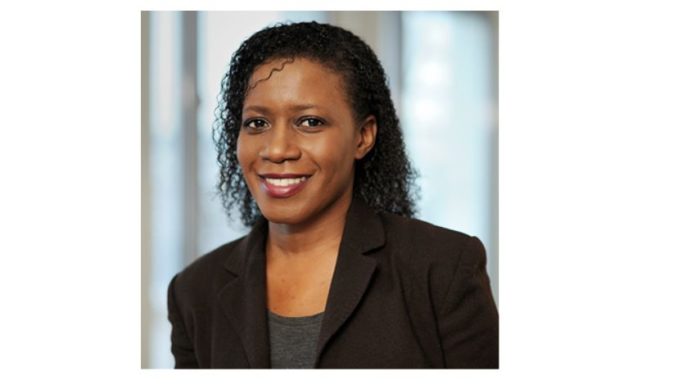 GreeenTec Capital Partners Signs a Memorandum of Understanding with the Senegalese General Delegation for...