With a population of over 1 billion people and a landmass larger than the combined areas of the USA, India and China, Africa presents a significant opportunity for the air transport industry. The Single African Air Transport Market (“SAATM”) was launched in 2018 with the aim of developing air services and harmonising associated regulations in Africa and stimulating the flow of private capital in the industry. The full implementation of SAATM by all countries in Africa could reap enormous economic benefits. However, in the absence of a clear implementation framework, the open skies treaty is facing significant challenges. Alternatives to full liberalisation are being explored as existing carriers seek other routes to gain market access.

Benefits of Open Skies in Africa

Aviation has the potential to make a significant contribution to economic growth and development in Africa. An IATA survey suggests that if just 12 key African countries opened their markets and increased connectivity, an extra 155,000 jobs would be created and approximately US$1.3 billion in annual GDP generated in those countries.

Liberalisation of air space creates new routes and greater connectivity on the continent leading to shorter travel times, greater convenience and fare savings for customers. Poor existing connectivity means customers may find it more efficient to travel through Europe or the Middle East to reach parts of Africa. This impacts productivity and ultimately has a cost. Greater liberalisation of air space in Africa is likely to stimulates trade and inward investment on the continent. The signing of the landmark African Continental Free Trade Agreement (the “AfCFTA”) in Kigali in March 2018 signals the importance to Africa of promoting trade with itself. The AfCFTA, together with other continental initiatives including SAATM, will be a game changer in stimulating intra-Africa trade, if fully implemented. This will inevitably lead to increased diversification of economies which have traditionally relied on abundant natural resources and so create value.

Open skies in Africa will also contribute to general aviation sector economic growth with those in the service, management and maintenance industries receiving a boost. Increased tourist numbers will also lead to increased spending, which together with increased trade, encourages GDP growth and job creation.

Productivity is also enhanced as air transportation aids economic development in national and regional economies by enticing businesses to these regions and encouraging investment in small and medium sized enterprises. This promotes innovation and knowledge transfer as more markets open.

In recognition of the benefits that the liberalisation of African air space could bring, the initial steps to comprehensive reform and unification of the African civil air space began in October 1988 with the civil aviation ministers of 40 African countries adopting the “Declaration of Yamoussoukro on a New African Air Transport Policy”, known as the “Yamoussoukro Declaration”. This envisaged the gradual reform of the aviation sector through more liberal policies, the elimination of the exchange of traffic rights and greater cooperation between airlines. In 1999, the Yamoussoukro Decision (the “Decision”) committed its 44 signatories to deregulating air services and promoting transcontinental competition. The Decision promotes the removal of all restrictions on access, capacity, frequency, and tariffs and the exercise of first, second, third, fourth and fifth freedom rights.

The freedoms of the air are a set of aviation rights developed by the International Civil Aviation Organisation granting one country’s carrier the privilege to enter another country’s airspace and to land there in certain circumstances. The transit rights in the first and second freedoms allow a carrier to fly over a foreign country without landing and to land in another country for non-traffic purposes (such as a technical stop) respectively. The traffic rights in the third and fourth freedoms grant the right to an airline to carry passengers or cargo from its own country to another and also to carry passengers or cargo back from another country to its home country. The fifth freedom, sometimes known as “beyond rights”, is the right for a carrier to take passengers from its own country to another country, and from that country, collect and carry additional passengers to a third country.

In 2013 the liberalisation of the civil aviation market was included in the African Union (“AU”) Agenda 2063 as one of 12 flagship projects aimed at supporting the political and economic integration of Africa. SAATM was introduced in January 2018 to expedite the full implementation of the Decision.

SAATM seeks to create a single air transport market in Africa, to liberalise civil aviation and drive economic integration. It aims to eliminate the need for separate bilateral air services agreements between individual countries, with any current or future air service agreement between any or all of the member states needing to be compliant with the Decision or meeting certain requirements on air freedoms, tariffs, scheduling and recognition of the powers and function of the African Civil Aviation Commission as the Executive Agency. It aims to set safety and security standards for African carriers, to harmonise dispute resolution regulations and to establish a board of appeal and an arbitration tribunal to safeguard consumer rights.

Although the principles of the Decision have had some success in progressing liberalisation among the Regional Economic Communities, wider implementation has been sluggish and limited in scope. At the core of this is a lack of a suitable gradual implementation framework which would help to harmonise differences between airlines and provide a level playing field for the future.

Despite the many advantages of implementing a full open skies regime, only 28 African countries are implementing SAATM currently. So far, key components of SAATM have not been established yet such as an independent dispute oversight function, unified competition rules or consumer rights protections. There is also no harmonised taxation and airport charge regime. Those that are critical of SAATM, point to practices that create unfair financial gains for certain existing players and put private enterprises at a disadvantage, such as the more favourable taxation and financial terms available to state owned entities. Indigenous airlines also complain of discriminatory practices that favour non-African carriers. Such practices include some countries opening their skies to carriers from other continents but not to fellow African carriers.

There is also a fear that existing large national carriers will strengthen their dominant positions and quickly dwarf any advancements made by smaller carriers in a liberalised market. Non-physical barriers also exist in the form of sometimes onerous visa requirements for fellow AU citizens, foreign exchange shortages and controls and often punitive restrictions around its repatriation.

Whilst the Decision called for gradual liberalisation, SAATM is pursuing immediate reform. Given that there are unequal starting positions amongst African airlines, more gradual reform to key areas and the creation of an implementation framework that addresses existing imbalances may be more sustainable and increase the take up of SAATM. An increased focus on capacity building including investment in ground support staff, engineers and airport infrastructure would also create local wealth rather than relying on imported expertise.

For those countries that do not want to commit in full to SAATM, a possible alternative is a greater relaxation of existing ownership regulations to mirror the South American model of affiliates and subsidiaries, creating connections and networks that allow airlines to operate in other countries. By coordinating on direct investments, pricing and routing and by sharing revenue, each participant in these types of arrangements is incentivised to maximise revenue. This promotes healthy competition, expands networks and drives down airfares. This would need to be enabled by supportive government policies.

Ethiopian Airlines (ET) is already making the most of a mix of airline acquisitions, partnerships and strategic investments to build capacity in the African air transport market. By partnering with other governments to launch new national carriers, such as in Chad, or acquiring non-controlling stakes in other state-owned carriers as it has done in Zambia and Mozambique, ET’s considerable expertise is being deployed in other markets. This is not without political challenges and a competing network or alliance may be required to balance out this influence.

Another alternative is to focus on existing regional blocks where there is already a commitment to cooperate. An example of this is the Northern Corridor Airspace Block. The States of Kenya, Uganda, Rwanda and South Sudan agreed to facilitate the establishment of the Airspace Management Initiative with the objective of creating seamless air space operations and developing safe and low cost travel. Similar integration projects could be undertaken in West Africa and other parts of the continent which are already considering other regional infrastructure integration projects. While it would be wholly advantageous to achieve open skies across all of the 54 countries in Africa, it may be that small steps across the various regions should be taken first.

With the partial liberalisation of the African civil aviation market and the move towards creating alliances and joint-ventures, there are significant opportunities in the African aviation market. The demand for fleet growth, upgrades and new aircraft types in the region to cater for increased intra-Africa flights presents an opportunity for aircraft and engine leasing companies, financiers, manufacturers and operators. New or improved airports and transport links will also be required, as will support for the tourism and hotel industry.

This article was first published by BCLP on 9 August and is republished with permission.  This article is being made available for information purposes and does not constitute financial, legal or other advice in relation to the matters discussed and should not be relied upon as such

IMF Executive Board Completes the Second Review under the Extended Credit... 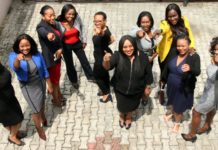